Bilendi has signed an agreement to acquire Via!, one of Italy’s leading online panels and the only independent contender in the local market.

Created in 2007 and based in Milan, Via! provides digital services to the market research industry. Quickly established as one of the leading online panels in Italy, Via! is recognised for the high quality of its access panel (60,000 active members) and for its exceptional survey programming and data processing capabilities. Via! has 5 employees.

Bilendi has one of the best access panel networks in Europe. The acquisition of Via! enables Bilendi to establish a local team in the fourth largest market in Europe and to further expand their existing Italian panel under the Maximiles brand with this high-quality addition.

Bilendi intends to accelerate the growth of Via! leveraging commercial synergies with other European offices.

Patrizia Elli joins Bilendi as Managing Director of Via!

Patrizia Elli, former CEO of Research Now-SSI Italy, joins Via! with ambitious plans to accelerate the development of the Italian market.

Patrizia Elli states: „With this acquisition of Via!, Bilendi is now in a strong position for further growth and I am excited to be part of this new adventure. Bilendi now has sufficient critical mass in the Italian market to compete more robustly and Via! will benefit from access to all Bilendi’s panels and to the Group’s technologies, which is a strong lever for our development. “

Marc Bidou, Chairman and CEO of Bilendi, declares: „The acquisition of Via! perfectly illustrates the Group’s ongoing strategy to combine strong organic growth with targeted acquisitions. „ 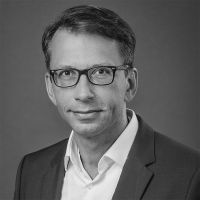